Here are the scans for the screenplay Operation: Red Chicken Disco Jesus along with some photos of the Wreck-Gar folder I found it in, which obviously protected the script from the elements at some point. Without Wreck-Gar, the script would have surely been lost to the annals of time. 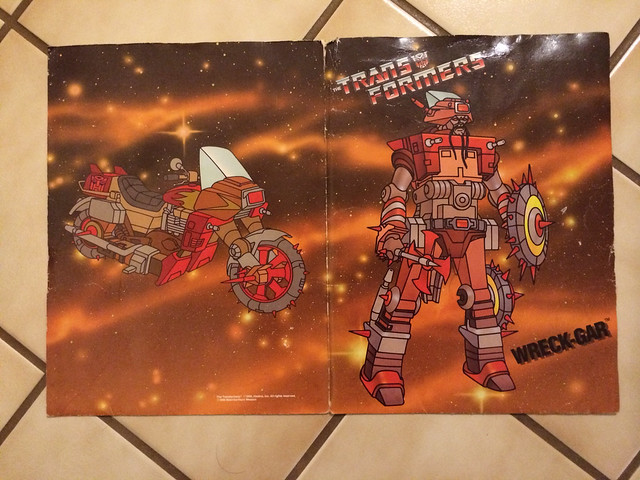 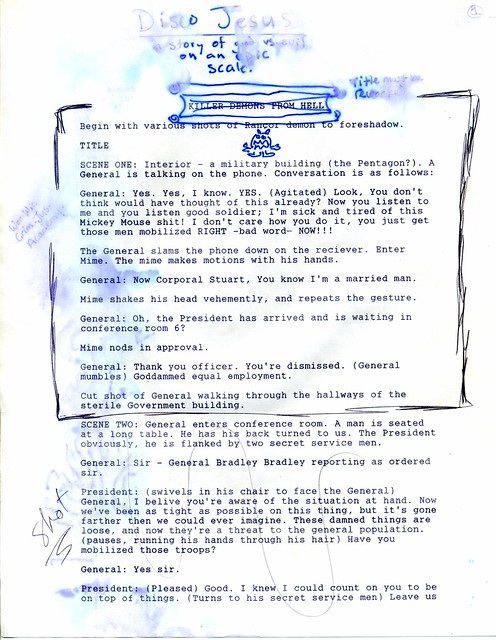 END_OF_DOCUMENT_TOKEN_TO_BE_REPLACED

I found the script for Operation: Red Chicken Disco Jesus the other day while looking for a D&D module. Honestly, I can’t remember if the mime joke made it in. It is probably also worth mentioning that the script was in a Wreck-Gar folder. 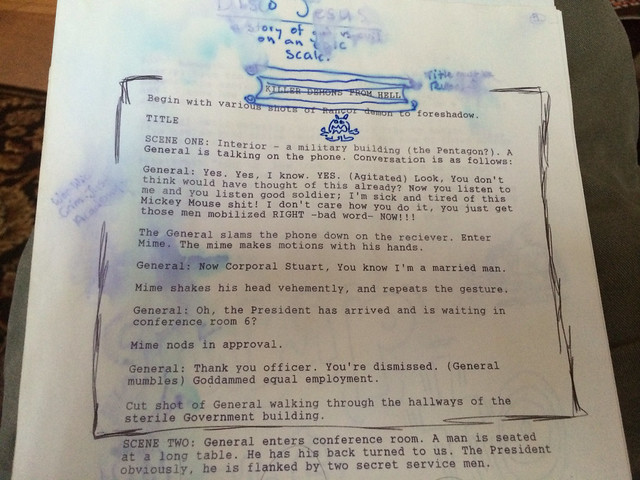 Operation: Red Chicken Disco Jesus was shot sometime when I was in high school. Chris edited a full version of it at some point. However, I’m not certain if this version exists any longer. Over the weekend, I came across a tape with most (if not all) of the original source footage on it. So I recut the movie, added some sound effects and a song.

Why the film was called Disco Jesus is a question now lost to time (or at least to me). As I seem to recall, there was an actual script entitled Red Chicken. In the film, “Red Chicken” is the name of the mission to destroy the demon. At some point in time however, everyone stopped calling the film Red Chicken and rechristened it Disco Jesus. It is possible that the rechristening had to do with a character called the Highwayman who does not appear in the Redux edit of the film. In addition to the unhinged soldier, the Highwayman was played by Brian. All that was ever shot of the Highwayman was Brian in a trench-coat with shoe polish on his face walking down, you guessed it, a highway. Personally however I suspect there wasn’t actually a reason for calling the film Disco Jesus, other than we liked the name.